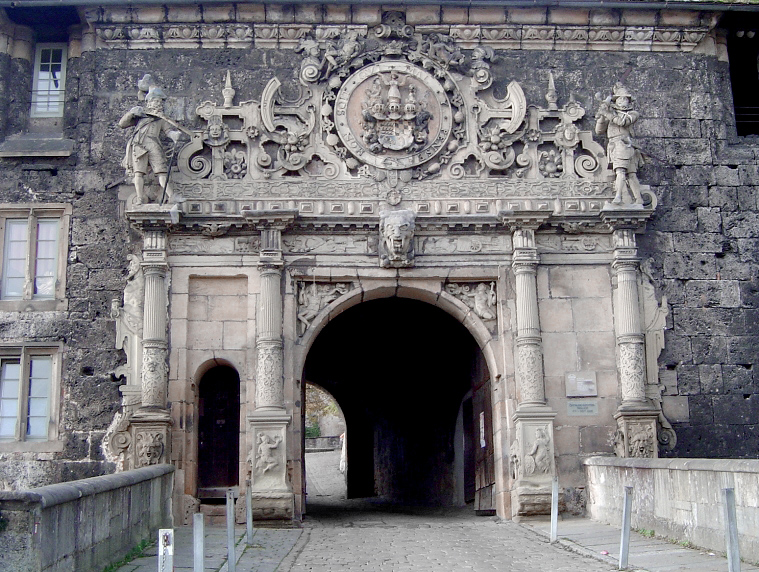 
Still and empty stands the bulwark of the fathers.
The dark gate and tower are covered with moss,
At midnight the winter storm rushes through
The stone walls and the ruins of the eerie chambers,
Vainly searching for some trophy of victory,
While in the arms hall the relics of battle
Slumber on in the sleep of death.

No festival songs resound here
In praise of Mana’s land of heroes.
No banners flutter in victorious display,
Raised high by a warrior’s hands;
No horses whinny at the gates
Till the nobles arrive for the joust;
No mastiffs, faithful and carefully chosen,
Cleave to the shining armor.

No maidens will step to the resounding tones
Of hunting horns in the valley of stags;
No glory-seeking sons will gird their loins
With the steel of their fathers;
No mothers will celebrate on the turrets
Their boys’ proud return,
And no brides grant the first kiss
Of bashful love to their scarred faces.

But the giant fortress awakens chilling ardors
In the breast of the grandsons;
A yearning, magical desire brings forth
Songs that were sung by the fathers;
Far from the foolish bustle of the crowd
And the glory of those who have fallen,
Unexpected sentiments dawn
In their impassioned souls.

Here in the shadow of the gray cliff walls,
Unsullied by staring city-dwellers,
Let true German hands tie bonds of friendship
And swear eternal love. Here where the shadows
Of heroes come rushing down
Let the father’s blessing descend upon the son;
And while the spirits listen overhead
To those whom they favor,
May liberty cry defiance to tyrants!

Here let flow the hidden tears of those
Who vainly strive for true human joy,
Of those not embraced by the bard’s crown
Or the swan’s arm pledged by a lady.
May those tormented by endless doubts
And the painful fate of dereliction,
Who count up sleepless midnights:
May they come and heal in the bosom of peace.

But whoever scorns a brother’s flaws
With the loose mockery of a serpent’s tongue;
Whoever wants to be paid gold in exchange
For bold deeds, be he slave or an earthly god:
Let him not desecrate the sacred ruins
The proud feet of the fathers walked upon,
Or hesitantly make pilgrimage to the castle
To forswear a path of shame.

Then only freedom and bravery breathe
To steel the hearts of the children of heroes,
And the souls of our fathers tarry in the hall
To rejoice in Tuisto’s blood—
But ha! With words of damnation
Terror seizes tyrants and scoffers
And chases them off, threatening revenge,
The fearful curse of conscience.

It’s fortunate now, that I depart in true sincerity,
That the harp sounds without fear,
That my heart beats with true human joy,
That guile doesn’t taunt my lips:
Thus I’ll return one day in true sincerity,
To drink in the boundless bravery of men,
Till embraced and glowing among the spirit armies
My soul rests too in the heart of Valhalla.

Hölderlin was too much of an outlier to be classified a German Romantic poet by most critics, who note for example his lack of interest in contemporary ballads and Volkslieder. But this poem shares that common vision and shows how adeptly he could perform in this little subgenre of ruined-castle verse—an easy target given that the ruins of many of the 13,000+ castles built in the Middle Ages still litter the German countryside. From the age of fourteen he had experimented constantly with different meter and rhyme and stanzaic forms, and this work dates from his student years 1788-1793, though it didn't appear in print till 1863. It belongs to a group of poems now referred to as the Tübingen Hymns.

A cornerstone of the Romantic movement was a reverence for Germany's imagined past, and the poem's sentimentality and archaicisms present a kitschified Middle Ages as a male-genderized, golden age utopia pullulating with Bruderschaft. It seems like the kind of thing one might have to compose for a school-sponsored poetry competition, reluctantly perhaps given the author's republican sympathies brought on by the French Revolution. 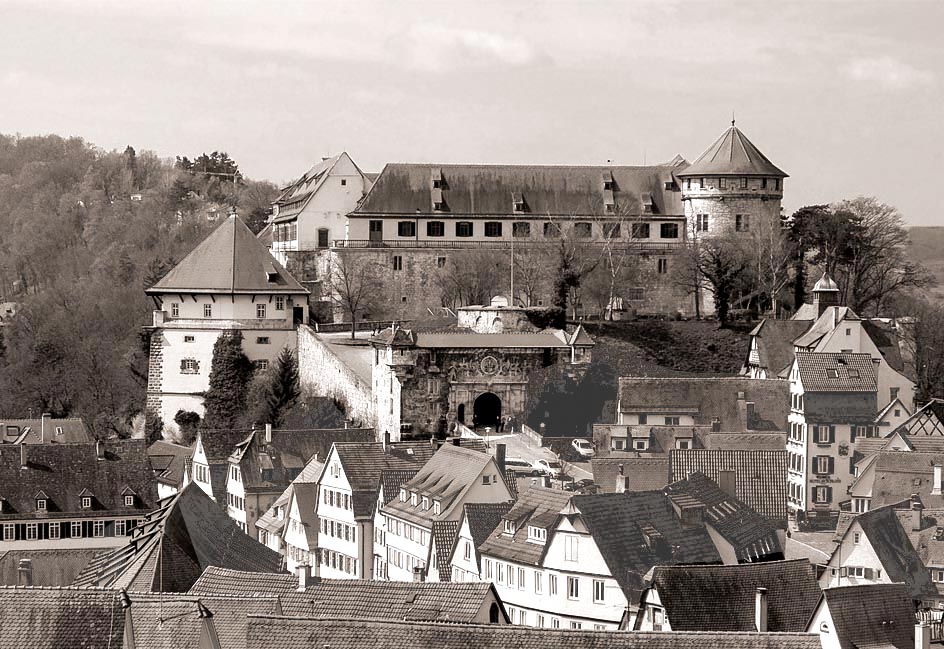 Thx Flickruser "to-wi" for this longshot of Tübingen Castle. It should be noted that there is recent discussion whether this castle is the one referred to in the poem, since there are other candidates in the close vicinity.